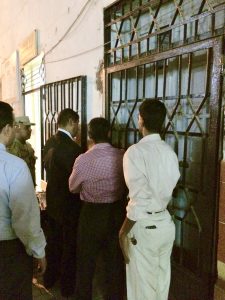 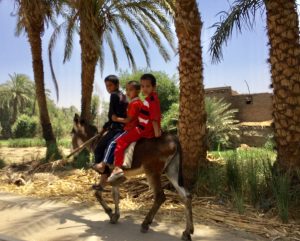 After a coup overthrewing Egypt’s first freely elected president, a new constitution was put to a vote and adopted. Then came a presidential election. I was on a USAID-funded observation mission managed by Democracy International.

83 observers from 17 countries were in 23 of 27 Egyptian governates. After meetings in Cairo, I was in Port Said near the northern entrance to the Suez in January, and then in Asyut, 350 miles south of Cairo, in May. Observers met wiith local officials, candidates and leaders in civil society, and other Egyptians.

Abdel-Fattah al-Sisi handily won the presidential election in May of 2014 against the backdrop of a stagnant economy, fraud allegations and again — as in the election for a new constitution four months earlier — no real opposition. The presidential election saw more dissidents rounded up. Yet people looking to vote could do so; procedures worked. Democracy International concluded nevertheless that the crackdown on dissidents starting well before Election Day had a chilling effect on, crowding out political space for, opposition voices. Which might explain the low turnout. Thomas Friedman observed that “ISIS” and “SISI” are jumbles of the same letters — suggesting if neither version of authoritarianism is what people want, neither is sustainable.